we grieve. we trust. we heal. together.

‘A very large crowd spread their cloaks on the road, while others cut branches from the trees and spread them on the road. The crowds that went ahead of Him and those that followed shouted, ‘Hosanna to the Son of David! Blessed is he who comes in the name of the Lord. Hosanna in the highest heaven’  Matthew 21:8-9 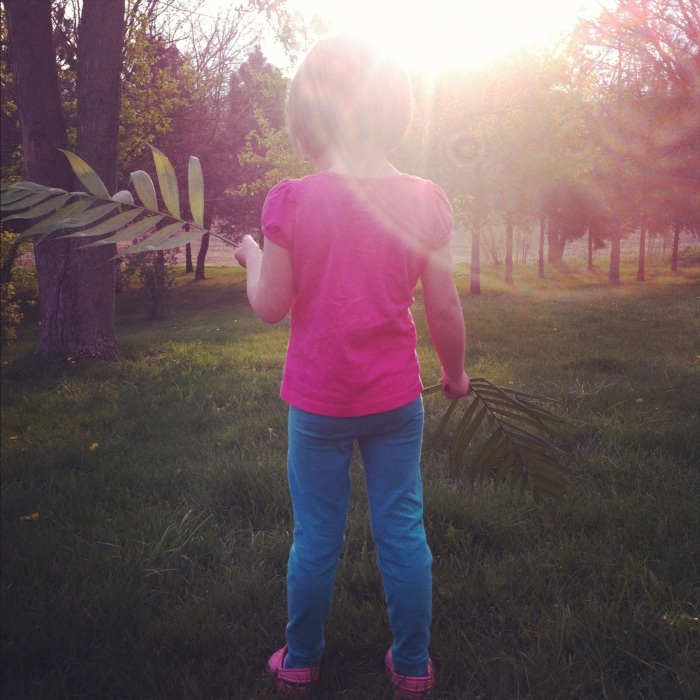 Can you imagine what it must have been like as Jesus came into Jerusalem? To be a part of the crowd that laid blankets and palm branches down. To be the ones shouting ‘Hosanna – save now’ to Him. To see His kind, smiling face.

I wonder what it was like for Him. Riding into town, knowing this was the week that He would die. Our pastor said that He likes to imagine Jesus smiling as He came into town on the donkey. I had never really thought about it that way before. But I do imagine that He was joyful. Joyful but with knowledge. Smiling but maybe his stomach churning. I want to know Jesus in this way. This way that He is not a man from a long time ago that we call Savior. But a man who might have been scared, but because He loves me {and you} so much, he chose us. A man who knew the end of the story before it even began and still chose us. A man that could see every mistake I make, every lie I tell, every sin I commit and STILL chose me!

I know I will never fully be able to completely express my gratitude to Him.

But every day, I WILL say ‘thank you’ because of who He is.